You are here: Home1 / Wedding Song Lists2 / Friday Songs List – Songs With Friday In The Title

Friday Songs List – Songs With Friday In The Title

Friday marks the end of the workweek for most Americans that have a quote nine to five job unquote Monday Through Friday. There are many jobs that are not Monday through Friday. However, the ones that are lucky enough to get two days in a row off, the last day of their workweek would be considered their Friday. When five o’clock rolls around, it is a stress release of the previous work week. A time to party and have fun – yes, it’s Friday night! 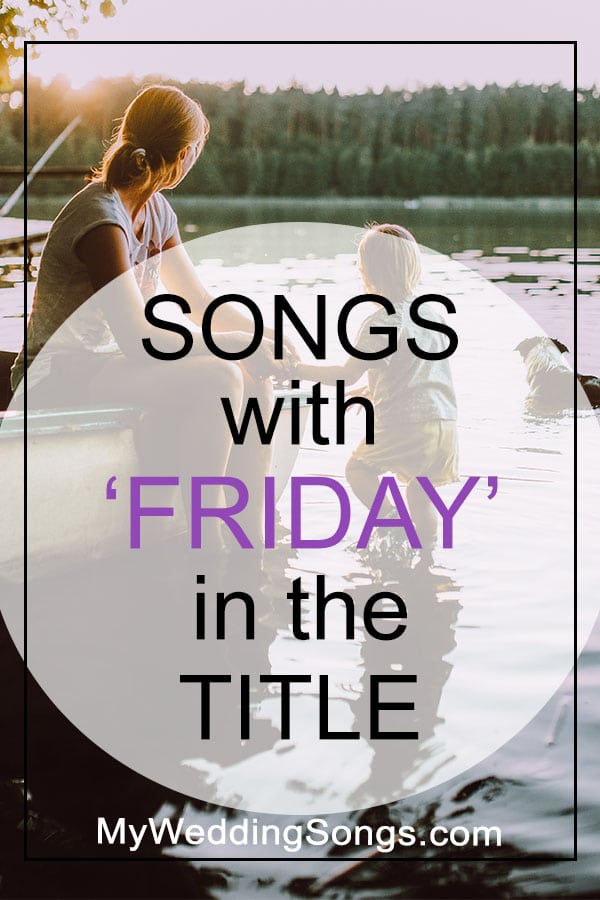 Our list of the top 10 Friday Songs has the word Friday in each song title. Yes, there are not many mainstream popular Friday songs so the list is a bit short. However, what a celebration of good feeling can be had at the end of a workweek – the five o’clock clock out.

We selected a mix of music genres for our list including Hip Hop, Pop, Country, and World. We also included different music eras from 1966 through 2013. If you have a Friday song you think we should add to the song list, be sure to comment on your song at the bottom of the page in the comments section.

Have a favorite Friday song, not on our list?  Please share below so that we can add it.