You are here: Home1 / Wedding Song Lists2 / Family Songs List – Songs With Family In The Title

Family Songs List, Songs With Family In The Title 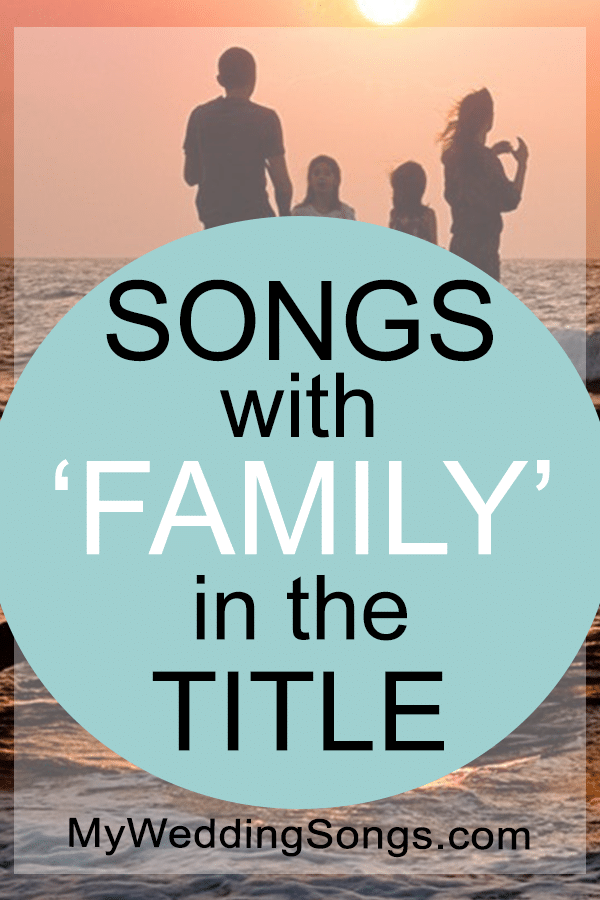 All of the songs listed have the word family in the song title – making them family songs. We included many different music styles including pop, country, hip-hop, funk, reggae, rock, and more. We also included many musical eras from the 1960s through today. If you have a song you think we should add to our list of family songs, be sure to comment it in at the bottom of the page.

2. The Addams Family Theme Song – Vic Mizzy (original)
Released in 1964
The song was reproduced and released in the 1990s and again in the 2000s.
Genre – Soundtrack

Welcome To The Family – Avenged Sevenfold

Nothing Beats A Family – Ricky Skaggs

Have a  favorite family song, not on our list?  Please share it below so that we can add it!