You are here: Home1 / Wedding Song Lists2 / Dad Songs List – Songs With Dad in the Title

Dad Songs List – Songs With Dad in the Title

What a better way to celebrate Father’s Day than a list of the top 10 Dad songs. We included many different music genres including Christian, Rock, Country, Vocal, Hip Hop, and Folk. We also included a vast length of music eras from 1962 through today.

Is your Dad an entrepreneur? Play him Dad songs on Mom & Pop Business Owners Day on March 29. 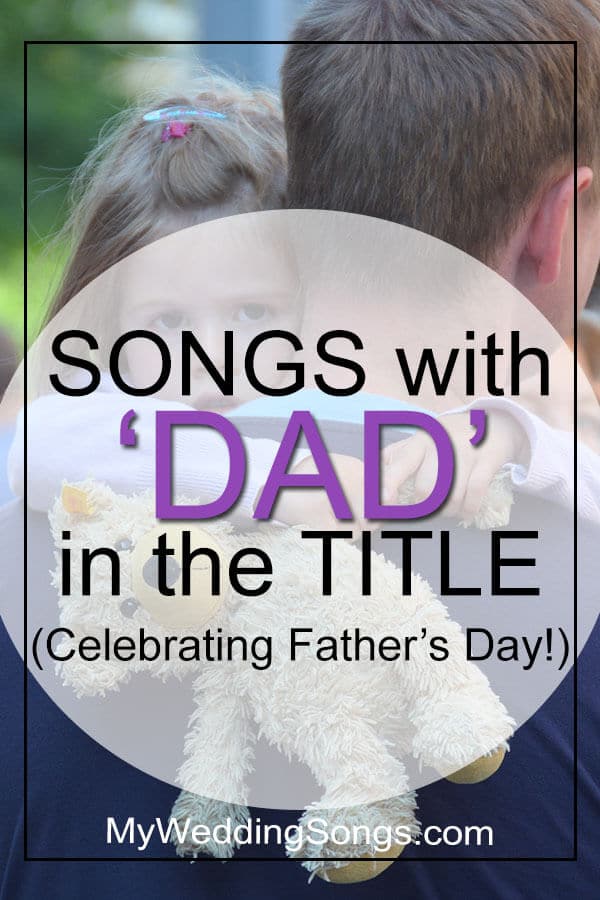 Just because it is not Father’s Day, it is great to dedicate a song just to him. You could also celebrate his birthday with a song. If you have a dad song that you think we should add, be sure to comment it in on the bottom of the web page.

Have a favorite Dad song, not on our list?  Share it below so that we can add it!