You are here: Home1 / Wedding Song Lists2 / Book Songs List – Songs With Book in the Title

Book Songs List – Songs With Book in the Title

When people think of books and songs, they immediately think of songbooks. However, we did things a bit differently. We created a list of the top 10 books song. Yes, all the songs listed have the word book in the song title. If you are looking for a songbook, it is a book that will contact a collection of songs with their lyrics and music notes. Songbooks may also be a collection of music hymns such as the ones used in churches. 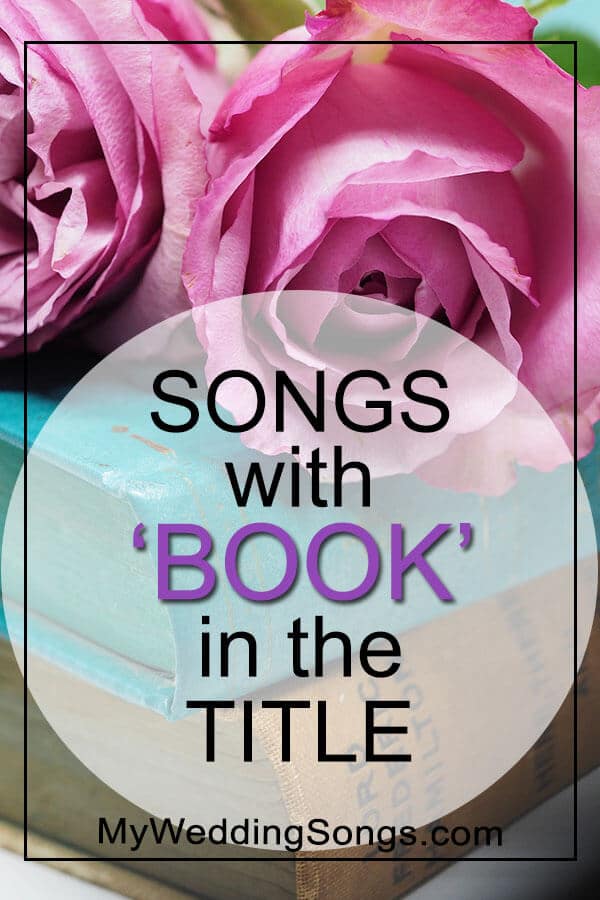 Don’t forget that September 6 is Read A Book Day too.  Be sure to play “book” songs while reading a book!

Goin’ By The Book – Johnny Cash

You Can’t Judge A Book By Its Cover – Bo Diddley

The Book I Read – Talking Heads

Do you have a favorite book song, not on our list?  Please share the song below so that we can add it!

Other similar song lists to read: