You are here: Home1 / Wedding Song Lists2 / Teach Songs List – Songs With Teach In The Title

Teach Songs List – Songs With Teach In The Title

Teachers Day is celebrated every year during Teacher Appreciation Week, which takes place in the first full week of May. The old tradition to compliment a teacher is to give them an apple. This is because, in the Bible, Eve eats an apple from the Tree of Knowledge. Therefore, an apple has been passed down as a symbol of knowledge. Students thank their teachers for the knowledge they have bestowed upon them. 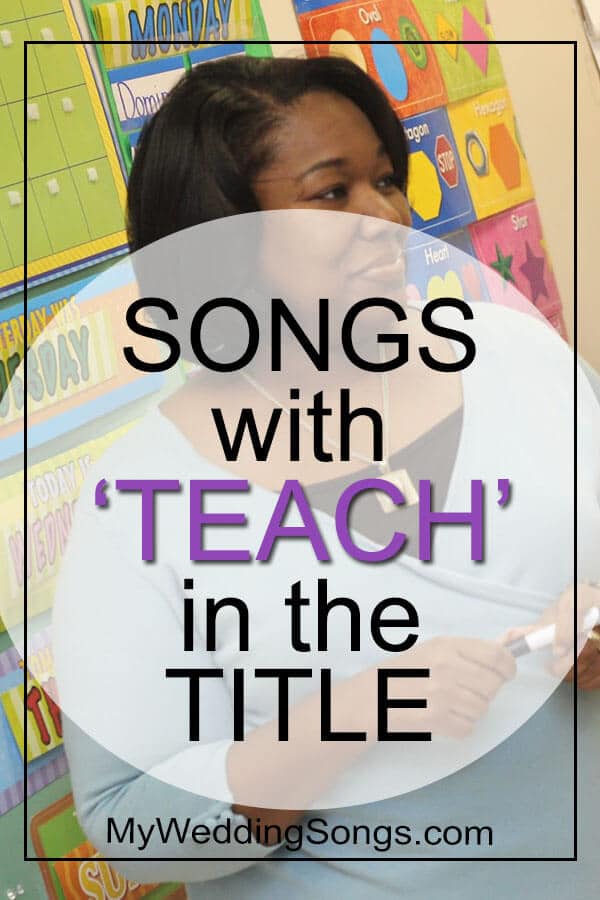 We will celebrate Teachers Day with a list of songs that either has the word Teacher or Teach in the song title. Teachers have a very impressionable job to shape the lives of many youths. It does not matter if the person is past, present, or future teachers. They must be held accountable for their actions and accept their role as a role model. However, they must also be compensated accordingly and given the proper tools and training to be able to do so.

Thank you to all the teachers in the world!

When I Kissed The Teacher – ABBA

Teach U A Lesson – Robin Thicke

Someone Had To Teach You – Wade Hayes

Teach Me How To Be Loved – Rebecca Ferguson

Do you have a favorite teach or teacher song, not on our list?  Please share below so that it can be added!