Piano Songs List – Songs With Piano In The Title

September has been designated as Piano Month. In the celebration of Piano Month, we thought we would create a list of the top songs that have piano in the song title. 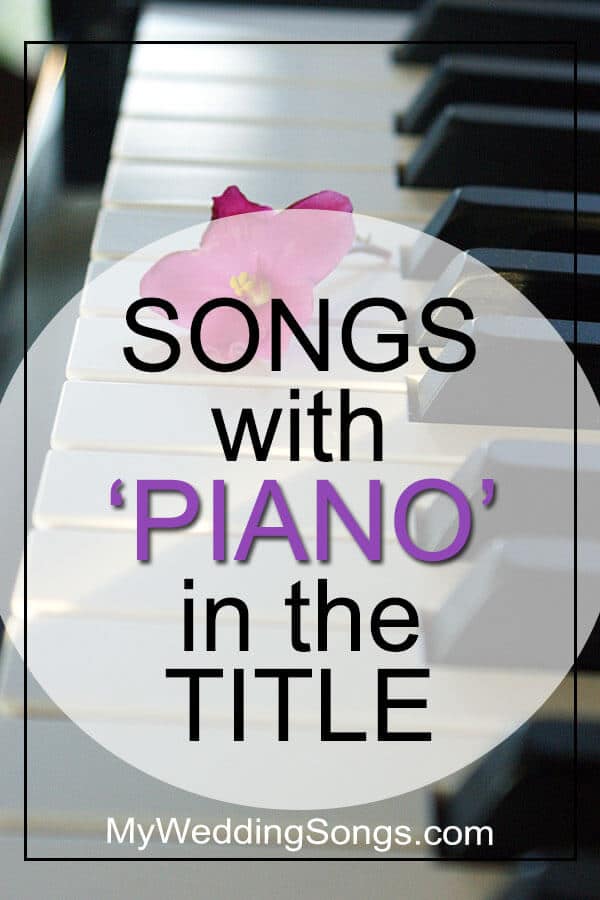 In order to celebrate Piano Month, we also assembled a list of popular songs that have piano as a prominent music instrument. We are happy to see mainstream songs in many different music styles such as rock, country rock, pop and dance. The piano is a prominent instrument in the songs below can be played as a keyboard and through a Grand piano. Enjoy our list of piano songs.

Piano In The Dark – Brenda Russell
Released in 1987
Genre = Soul

When I Was Your Man – Bruno Mars

No One – Alicia Keys

How To Save A Life – The Fray

Waiting Outside The Lines – Greyson Chance

Haven’t Met You Yet – Michael Buble

The Way It Is – Bruce Hornsby and the Range

I’d Die Without You – PM Dawn

Just The Way You Are – Bruno Mars

Something To Believe In – Poison

Let It Be – The Beatles

Lean On Me – Bill Withers