Reba McEntire is truly an American icon as a singer, songwriter, and actress. She is a role model for all girls around the world that strive for stardom. Reba starred in her self-titled TV sitcom on the WB and ran for six seasons. She also starred in Malibu Country for eighteen episodes on ABC. Reba also has a film career which includes movies Tremors, One Night at McCool’s, and Charlotte’s Web. 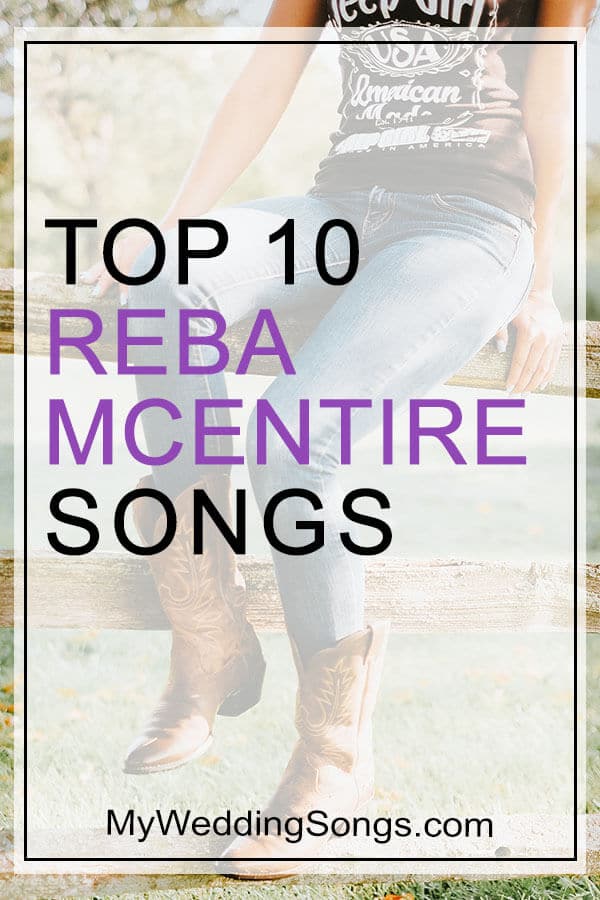 While in college, Reba’s music career started in 1977 when she released her first album. She was inducted to the Grand Ole Opry on January 17, 1986. Reba was inducted into the Country Music Hall of Fame on May 22, 2011.

8. Is There Life Out There
Released in 1992
On Album For My Broken Heart

Is there life out there? So much she hasn’t done
Is there life beyond her family and her home?
She’s done what she should, should she do what she dares?

7. Does He Love You featuring Linda Davis
Released in 1993
On Album Greatest Hits Volume Two

So listen Romeo, when you’re feelin’ kinda lonely
Let me tell you where to go
Turn on your radio

4. Because of You duet with Kelly Clarkson
Released in 2007 as a duet
On Kelly’s Album Breakaway
Reba would later become Kelly’s Mother-in-law.

3. Consider Me Gone
Released in 2009
On Album Keep On Loving You

1. Fancy
Released in 1991
On Album Rumor Has It
The song was originally performed by Bobbie Gentry in 1969. The song is told from the perspective of a woman named Fancy, approximately thirty-three years old, looking back to the summer she was 18.

But though I ain’t had to worry ’bout nothin’
For nigh on fifteen years
Well, I can still hear the desperation
In my poor mama’s voice ringin’ in my ears

Do you have a favorite Reba McEntire song, not on our list?  Please share the song below so that we can add it.