You are here: Home1 / Ceremony & Reception2 / Jump Songs List – Songs With Jump In The Title

Jump Songs List – Songs With Jump In The Title

May 13 every year marks the day of Frog Jumping Day. The day goes back to reference the first short story in 1865 written by Mark Twain first released as Jim Smiley and His Jumping Frog (also known as The Celebrated Jumping Frog of Calaveras County). Celebrate the day by jumping like a frog! 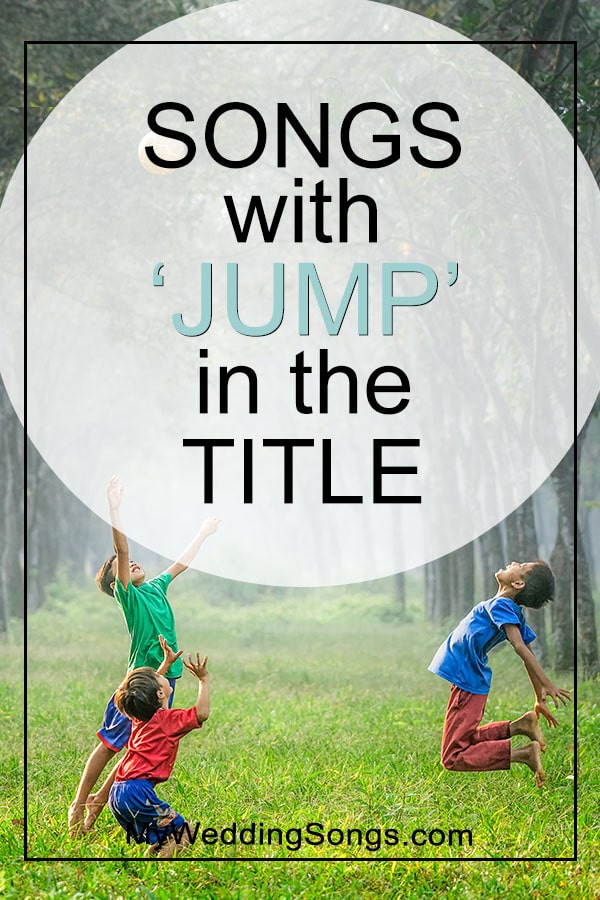 All of our top 10 jump songs feature the word jump in the song title. Therefore, we must leave off a particular song by Three Dog Night – Joy To The World. The song starts with the phrase “Jeremiah was a bullfrog and was a good friend of mine”.

#2 Jump Around – House Of Pain
Released in 1992
On Album House of Pain
Genre: Hip Hop

#4 Jump (For My Love) – The Pointer Sisters
Released in 1983
On Album Break Out
Genre: Dance

#5 Jump In the Line – Harry Belafonte
Released in 1961
On Album Jump Up Calypso
Genre: Calypso

#10 Jump! – The Movement
Released in 1992
Song was released as a Single
Genre: Dance

Jump Shout Boogie – Barry Manilow
1976, This One’s for You

Jump into the Fire – Harry Nilsson
1971, Son of Dracula

Do you have a favorite song with the word jump in the title, not on our list?  Please share it below so that we can add it!