Every year, June 23 is celebrated as Pink Day. It is a day to eat pink foods like strawberries, milkshakes and wear pink colored clothes. In order for us to celebrate the date, we created a list of the top 10 P!NK songs. 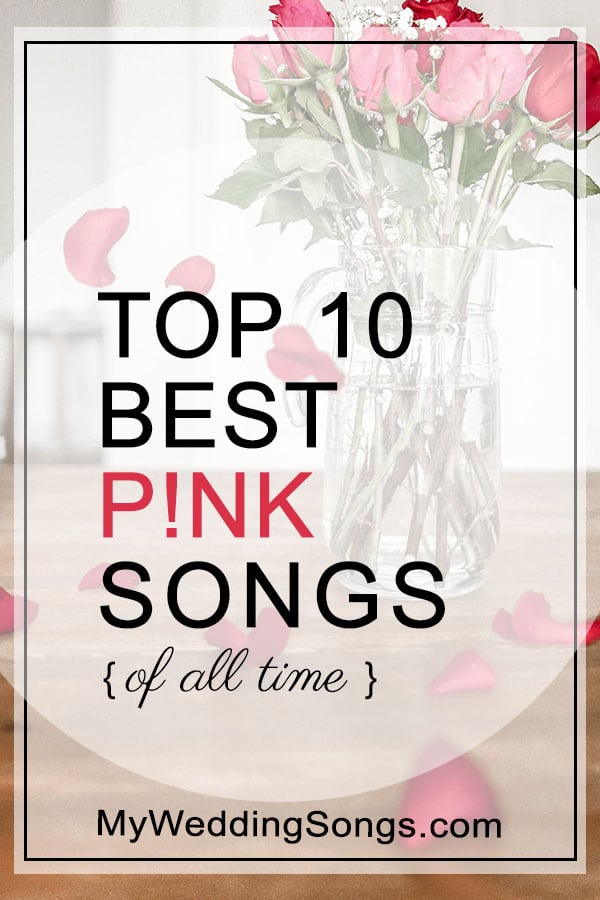 To date, the musician P!ink is still producing mega hits. Therefore, our list is not final and is calculated per the date posted. P!nk’s first studio album was released in 1997 titled Can’t Take Me Home. During her peak, she has been ranked as the top highest-paid musician in the music industry.

Setting the World on Fire (with Kenny Chesney)
2016, Cosmic Hallelujah

Just Like Fire
2016, Alice Through the Looking Glass Soundtrack

So I can get it running
Just cause nobody’s done it
Y’all don’t think I can run it
But look, I’ve been here, I’ve done it

But I hate you, I really hate you
So much I think it must be
True love, true love

Pink says that the song is about her relationship with Carey Hart.

Just Give Me a Reason (featuring Nate Ruess)
2013, The Truth About Love
The song tells a story of the desire to hold on to a relationship even when it appears to be falling apart.

I never stop, you’re still written in the scars on my heart
You’re not broken just bent and we can learn to love again

Try
2012, The Truth About Love
The song talks about taking risks with love no matter the consequences.

Raise Your Glass
2010, Greatest Hits… So Far!!!
The song is dedicated to her fans who have been supporting her over the years. The song celebrates people who feel left out from the popular crowd.

All my underdogs,
We will never be, never be, anything but loud
And nitty-gritty, dirty little freaks
Won’t you come on and come on and raise your glass

You’re so mean, when you talk, about yourself you were wrong
Change the voices in your head, make them like you instead

The song talks about the power of love and taking a leap in faith
The walk before the run
The breath before the kiss
And the fear before the flames
Have you ever felt this way?

Sober
2008, Funhouse
Pink wrote the song at a party where everyone was drinking except for her, and she wanted them all to leave.

No pain
Inside
You’re my protection
But how do I feel this good sober?

Please Don’t Leave Me
2008, Funhouse
The perfect meaning to a love story.

I always say how I don’t need you
But it’s always gonna come right back to this
Please, don’t leave me

So What
2008, Funhouse
Did you know the song was P!nk’s first number one song as a solo artist? The song’s storyline is about her separation from her husband.

Who Knew
2006, I’m Not Dead
The song is about losing a friend because of drugs.

Family Portrait
2001, M!ssundaztood
Take a listen to the words and see if you can relate for your wedding day.

Never knowin’ what love could be, well I’ve seen
I don’t want love to destroy me like it did my
Family

Get the Party Started
2001, M!ssundaztood
Did you know the song was written by Linda Perry – former 4 Non-Blondes frontwoman? The song because a super hit for entrance music.

Pumpin’ up the volume with this brand new beat
Everybody’s dancin’ and their dancin’ for me
I’m your operator, you can call anytime
I’ll be your connection to the party line

Please note that we did leave off the song Lady Marmalade as this song was a collaboration with Christina Aguilera, Lil’ Kim, and Mya.

Since we are doing a list of P!Nk songs, we cannot forget about one of the top classic rock bands of all-time – Pink Floyd.

Do you have a favorite P!NK song, not on our list?  Please share it below so that we can add it!