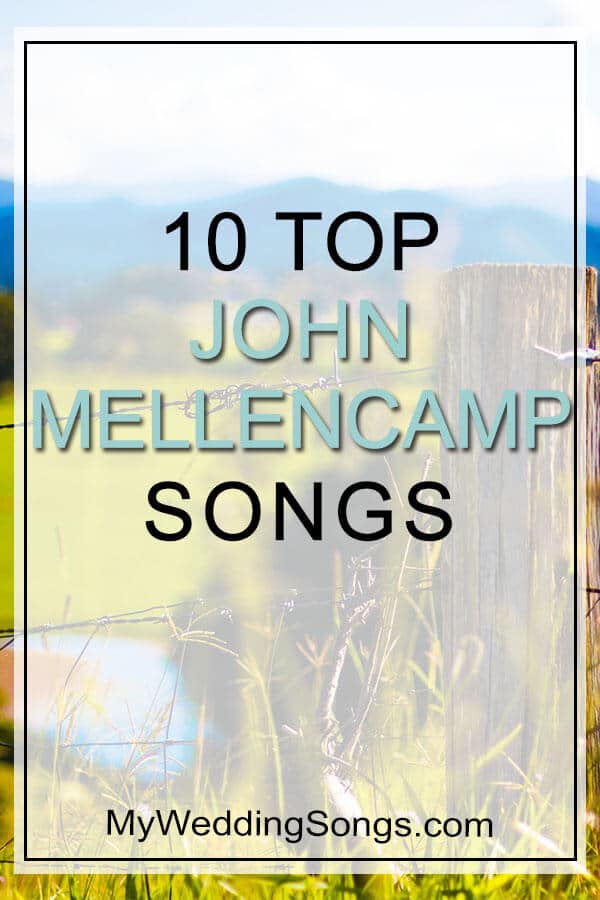 #1 Jack & Diane
Released In 1982
On Album American Fool
Jack & Diane was based on the 1962 Tennessee Williams film Sweet Bird of Youth.

#2 Hurts So Good
Released In 1982
On Album American Fool
John was awarded one Grammy in his career. The Grammy was for Hurt So Good. The song was one spot short of being atop the Billboard Hot 100.

#3 Small Town
Released In 1985
On Album Scarecrow
The song is about John’s experiences growing up in a small town in Indiana.

#4 Pink Houses
Released In 1983
On Album Uh-Huh
The song originated from John driving down the road seeing an old black man sitting outside his little pink house with his cat in his arms.

#5 R.O.C.K. In the U.S.A.
Released In 1986
On Album Scarecrow
The song is another example of being one spot short of going number one on the Billboard Hot 100.

Some are black and some are white
They ain’t too proud to sleep on the floor tonight
With the blind faith of Jesus you know that they just might
Be rockin’ in the U.S.A.

#6 Authority Song
Released In 1983
On Album Uh-Huh
As the song theme can be found in the chorus” “I fight authority, Authority always wins”.

I’ve been doing it since I was a young kid
And I come out grinnin’
Well, I fight authority, authority always wins

The song was originally released by Van Morrison in 1971.

#8 I Need a Lover
Released In 1979
On Album John Cougar
The song also became a radio hit for rocker Pat Benatar.

I need a lover that won’t drive me crazy
Some girl that knows the meaning of, ah-
Hey hit the highway!

#9 Crumblin’ Down
Released In 1983
On Album Uh-Huh
The song’s theme is about what to do when success is gone and the walls come crumblin’ down.

#10 Rain On The Scarecrow
Released In 1985
On Album Scarecrow

Ain’t Even Done With The Night
1980, Nothin’ Matters and What If It Did