Everyone knows about the special dances between a bride and her father and the dance between a groom and his mother. These are the more popular parent dances at a wedding reception. Why not include your father and mother-in-law in the dance spotlight?

What is an In-Law Dance at a Wedding?

Special dances between a bride and her father-in-law or the groom and his mother-in-law make each side of the wedding couple feel honored and included.

These dances between a wedding couple and their spouses’ parents are perfect for any wedding — traditional or not. Blended families, step-parents, and same-sex couples can all incorporate their in-laws at their wedding.

It is up to you, as the wedding couple, how much attention to focus on these dances but we’d like to inspire you to think beyond tradition. 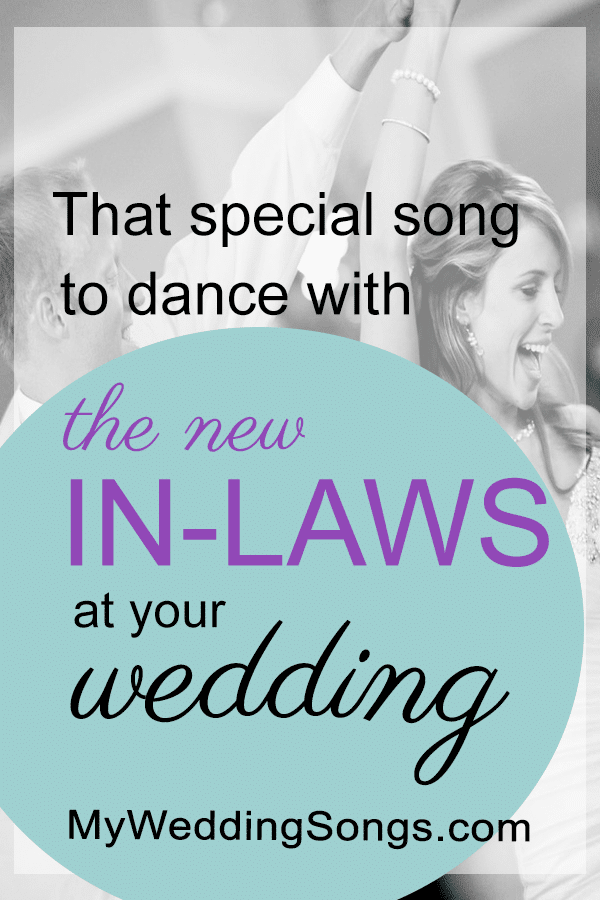 Why Would You Include Wedding Dances with the In-Laws?

When Would I Dance with My Mother-in-Law?

The wedding couple can make the in-law dances immediately following the father-daughter and mother-groom dances. Additionally, the in-laws can tap in mid-dance. If you choose this option be sure to coordinate with your professional DJ.

It’s worth noting that the more formal dances you have, the more time guests are waiting to cut loose and dance themselves. We would recommend announcing that the bridal couple has a special song with their in-laws and to invite everyone to join in with their dance(s).

What if I Don’t Want an Extra Dance with My In-Laws?

Another reason for the in-law song list is when parents have deceased or there is family estrangement. Let’s face it, that’s a real possibility in today’s modern family. This gives an option to dance with a spouse’s parent for the father-daughter and/or mother groom dance when the designated parent is not able to attend the wedding reception.