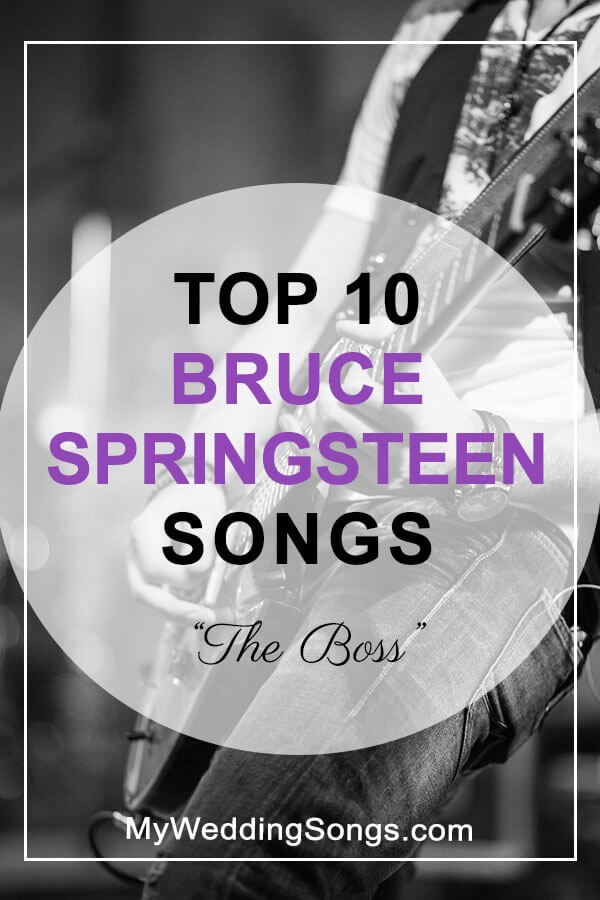 10. Hungry Heart
Released in 1980
On Album The River
The song is about always roaming with a hungry heart. The song was featured in many movies including Risky Business and The Wedding Singer.

9. Thunder Road
Released in 1975
On Album Born to Run
The song is about a young woman with her boyfriend and their one last chance to make it real.

I saw my reflection in a window, I didn’t know my own face
Oh brother are you gonna leave me wastin’ away
On the Streets of Philadelphia

7. Secret Garden
Released in 1995
On Album Greatest Hits
The song was featured in the movie Jerry Maguire.

6. Glory Days
Released in 1985
On Album Born in the U.S.A.
The song is bout a man who looks back on his so-called glory days and of people he knew during high school.

5. The River
Released in 1981
On Album The River
The song depicts how economic difficulties are interlaced with the local culture.

At night, I wake up with the sheets soakin’ wet
And a freight train runnin’ through the middle of my head
Only you can cool my desire

3. Born In The U.S.A.
Released in 1984
On Album Born in the U.S.A.
The song deals with the negative effects of the Vietnam War on Americans. The album with the same title had seven single hits in the Top 10 on the music charts.

2. Dancing In The Dark
Released in 1984
On Album Born in the U.S.A.
Who was the young girl pulled on stage to dance with Bruce in the music video? Courtney Cox.

1. Born To Run
Released in 1975
On Album Born to Run
A song thought to be about getting out of Freehold, NJ on Highway 9.

Have a favorite Brice Springsteen song, not on our list?  Please share it below so that we can add the song.