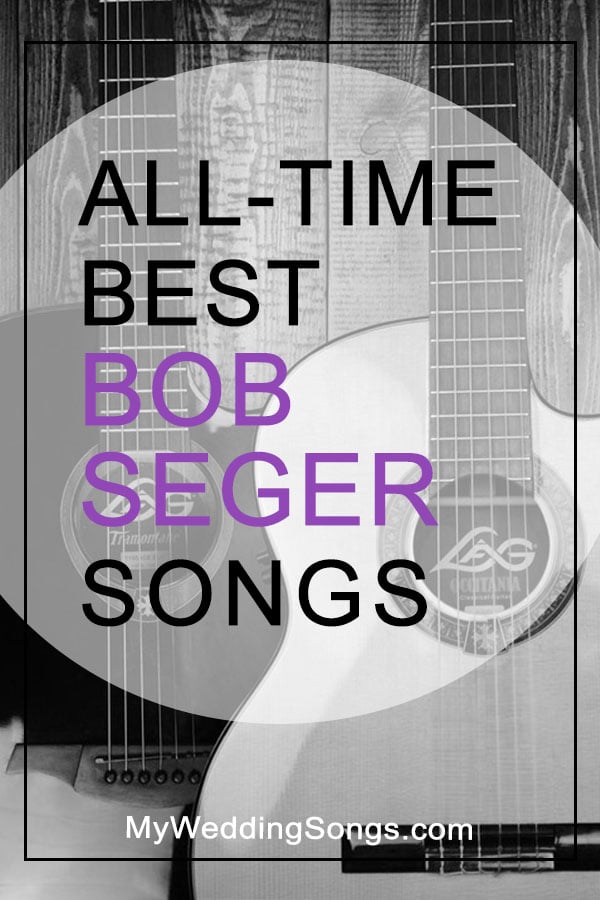 10. Mainstreet
Released in 1977
On Album Night Moves
The song is written for a street where Seger grew up in Michigan.

9. You’ll Accomp’ny Me
Released in 1980
On Album Against the Wind

You’re high above me now, you’re wild and free, ah but
Someday lady you’ll accomp’ny me

7. Like A Rock
Released in 1986
On Album Bob Seger & The Silver Bullet Band
The song is featured in Chevrolet commercials describing their trucks.

6. Roll Me Away
Released in 1983
On Album The Distance

We never even said a word,
we just walked out and got on that bike
And we rolled
And we rolled clean out of sight

5. Still the Same
Released in 1978
On Album Stranger in Town

4. Night Moves
Released in 1976
On Album Night Moves
The song describes Michigan in the early 1960s. The song was Seger’s first highest charting song on the Billboard Hot 100 peaking at number four.

3. Against The Wind
Released in 1980
On Album Against the Wind
The song is a metaphor for running against the wind and keeping your wits about you.

2. Turn The Page
Released in 1973
On Album Back in ’72
The song would be number one if it weren’t for the popularity of our #1 song. The song was written just before Seger’s long break from touring while describing life on the road as a musician. The song was later covered by Metallica as a popular version of “Turn The Page”.

1. Old Time Rock and Roll
Released in 1979
On Album Stranger in Town
The song may be best known for being in Tom Cruise’s film Risky Business. Even though the song only reached number twenty-eight on the Billboard Hot 100, the song is played at many dance parties while describing rock and roll of yesteryear.

Have a favorite Bob Seger song, not on our list?  Please share the song below so that we can add it!