Alan Jackson is an American country music superstar. Alan has 35+ number one hits and 50+ top 10 hits. Alan Jackson was inducted into the Country Music Hall of Fame in 2001. Alan’s first album was released in 1989 and has amassed more than 14 studio albums to date. 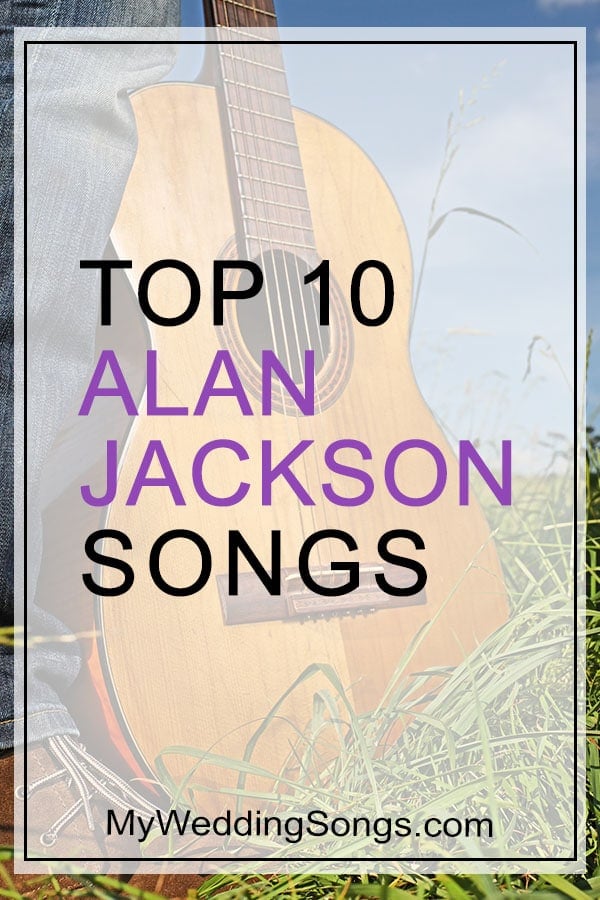 9. Little Bitty
Released in 1996
On Album Everything I Love
The song is about some of life’s greatest joys are found in the simplicity and small things of life.

8. Drive (For Daddy Gene)
Released in 2002
On Album Drive
The song is a dedication to Alan’s father and childhood memories.

7. Country Boy
Released in 2008
On Album Good Time
The song is about a boy trying to pick up a girl because he is a country boy.

Climb in my bed, I’ll take you for a ride
Up city streets, down country roads
I can get you where you need to go
‘Cause I’m a country boy

6. Gone Country
Released in 1994
On Album Who I Am
The song portrays the country music scene.

5. Good Time
Released in 2008
On Album Good Time
This is about a guy who wants to part after a hard day’s work.  A very popular line dance song too!

4. Livin’ On Love
Released in 1994
On Album Who I Am
The song is a great anniversary song as it describes a couple through the years still in love.

3. It’s Five O’Clock Somewhere
Released in 2003
On Album Greatest Hits Volume II
When is it a good time to kick back and have a drink? Anytime as it is 5 O’Clock somewhere.

2. Chattahoochee
Released in 1993
On Album A Lot About Livin’ (And a Little ‘Bout Love)
The song is about growing up and having fun – any kid in America.

1. Remember When
Released in 2003
On Album Greatest Hits Volume II
The song is a look back about a man and his wife and their life together…remember when. This is also another great anniversary song.

Remember when the sound of little feet
Was the music we danced to week to week
Brought back the love, we found trust
Vowed we’d never give it up

One of my favorite songs of Jackson’s that is not that popular but is a great song to play while fishing or sitting by the fire is “Dog River Blues”.  It is a two-step song too.

Do you have a favorite Alan Jackson song, not on our list?  Please share it below so that we can add it!