The Beatles are an English (Liverpool) rock band. In February 1964 the Beatles came to America. Two days later, the band was featured on The Ed Sullivan Show. The band members are George Harrison, John Lennon, Paul McCartney, and Ringo Starr. 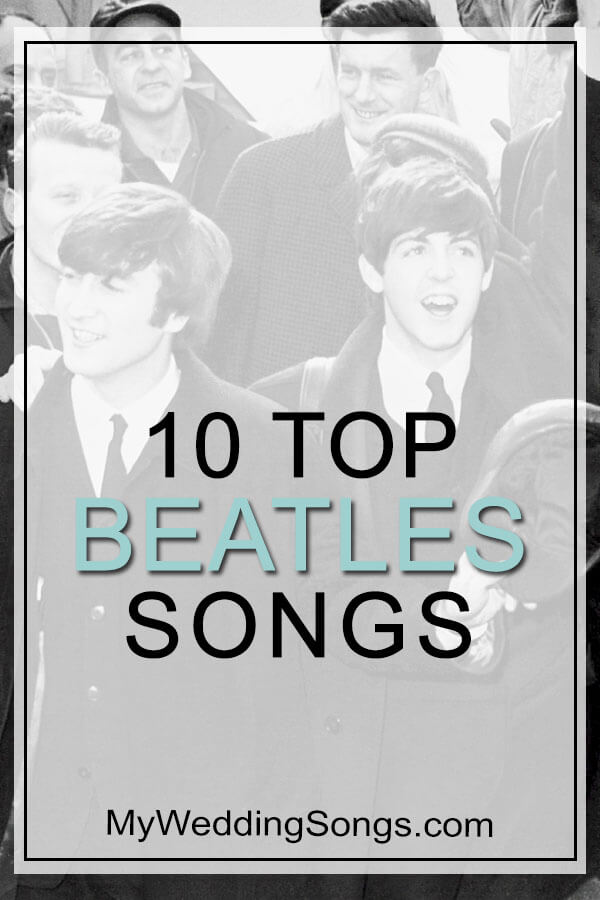 The Beatles hold the records for the most number-one hits to top the Billboard Hot 100 with twenty. In 1988, the Beatles were inducted into the Rock and Roll Hall of Fame. The Beatles’ name is a play on words stemming from the word Beetle, rather BEATles. This was a tribute to Buddy Holly and the Crickets.

10. While My Guitar Gently Weeps
Released in 1968
On Album The Beatles (The White Album)
Did you know Eric Clapton has a guitar solo on the song? The song was conceived based on the philosophy that everything happens for a reason. Harrison opened a random book top a page and found the words gently weeps.

9. All You Need Is Love
Released in 1967
The song was released as a single.
The song is based on the words love is everywhere – a proponent of peace.

8. Twist and Shout
Released in 1964
On Album Please Please Me
The song had previously released and commercial success by the Isley Brothers.

7. Blackbird
Released in 1968
On Album The Beatles (The White Album)
The story of the song is a reaction to racial tensions escalating in the United States at the time.

6. Come Together
Released in 1969
On Album Abbey Road
It is under debate what the song is about. However, there is no doubt the song tried to bring people together.

5. Hey Jude
Released in 1968
The song was released as a single.
It is suspected McCartney wrote the song in a story for John Lennon’s son Julian during John’s divorce with Cynthia and new relationship with Yoko Ono.

4. In My Life
Released in 1965
On Album Rubber Soul
The song was written by Lennon about his childhood and life.

2. Let It Be
Released in 1970
On Album The Beatles (The White Album)
The story behind the song is that McCartney’s mom came to him in a dream and told him, “it will be alright, just let it be”.

1. Yesterday
Released in 1965
On Album Help!
Yesterday is the most covered rock song of all-time. The song tells a story of a relationship break-up.

However, don’t take our word for it. Rolling Stone Magazine also ranked the Top 100 Beatles Songs. Here are their Top 10 Beatles songs.

10. While My Guitar Gently Weeps

2. I Want to Hold Your Hand

Do you have a favorite Beatles song not mentioned above?  Please share your song below so that we can add it to our list.