The Beastie Boys are an American Hip Hop band from New York. They formed in 1981 but turned to Hip Hop in 1984. The Beastie Boys were inducted into the Rock and Roll Hall of Fame in April 2012 and are only the third rap artist to do so. The Beastie Boys have been very influential in both the hip hop and rock music genres. 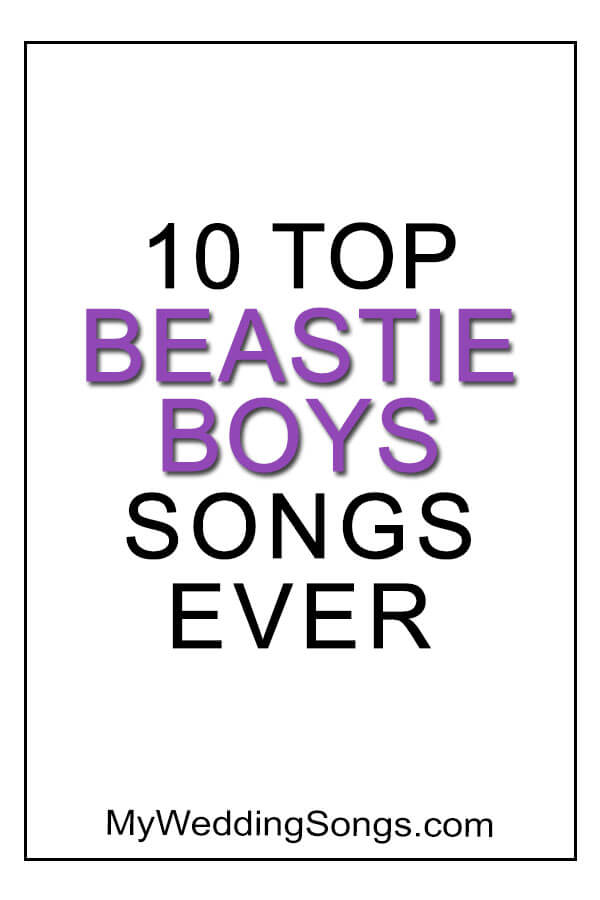 9. Make Some Noise
Released in 2011
On Album Hot Sauce Committee Part Two
Did you know the song appears on the soundtrack to the video game Madden NFL 12?

8. Ch-Check It Out
Released in 2004
On Album To the 5 Boroughs
The Beasties Boys’ song hit number one on the U.S. Billboard Modern Rock Tracks chart, making it the first song by a rap group to achieve such a feat.

7. So What’cha Want
Released in 1992
On Album Check Your Head

6. Girls
Released in 1987
On Album Licensed to Ill
The song is about a desire for women.

5. Brass Monkey
Released in 1987
On Album Licensed to Ill
The song is named after an alcoholic drink of the same name.

4. No Sleep Till Brooklyn
Released in 1987
On Album Licensed to Ill
The song features an homage to New York City’s borough.

Ain’t no faking, your money I’m taking
Going coast to coast watching all the girlies shaking
While you’re at the job working nine to five, The Beastie Boys at the Garden – cold kickin’ it live

3. Intergalactic
Released in 1998
On Album Hello Nasty
The song received a Grammy Award for Best Rap Performance by a Duo or Group in 1999. Did you know the song samples the theme music for the 1985 film The Toxic Avenger?

If you want to battle you’re in denial
Comin’ from Uranus to check my style
Go ahead, put my rhymes on trial
Cast you off into exile

2. (You Gotta) Fight for Your Right (To Party)
Released in 1987
On Album Licensed to Ill
The song was intended as a parody of party and attitude songs.

Your mom busted in and said, what’s that noise?
Aw, mom you’re just jealous it’s the Beastie Boys
You gotta fight for your right to party

1. Sabotage
Released in 1994
On Album Ill Communication
The video received more notoriety than the song itself. It was directed by Spike Jonze depicting a 1970’s crime drama.
‘Cause what you see you might not get

And we can bet, so don’t you get souped yet
You’re scheming on a thing that’s a mirage
I’m trying to tell you now, it’s sabotage

Have a favorite Beastie Boys song, not on our list?  Please share it below so that we can add the song!