The Beach Boys are an American California) rock band. The initial band members included brothers Brian, Dennis and Carl Wilson, their cousin Mike Love and friend Al Jardine. The band holds the American record for the most Top 40 hits at thirty-six and four reached number one. The Beach Boys were inducted into the Rock and Roll Hall of Fame in 1988. 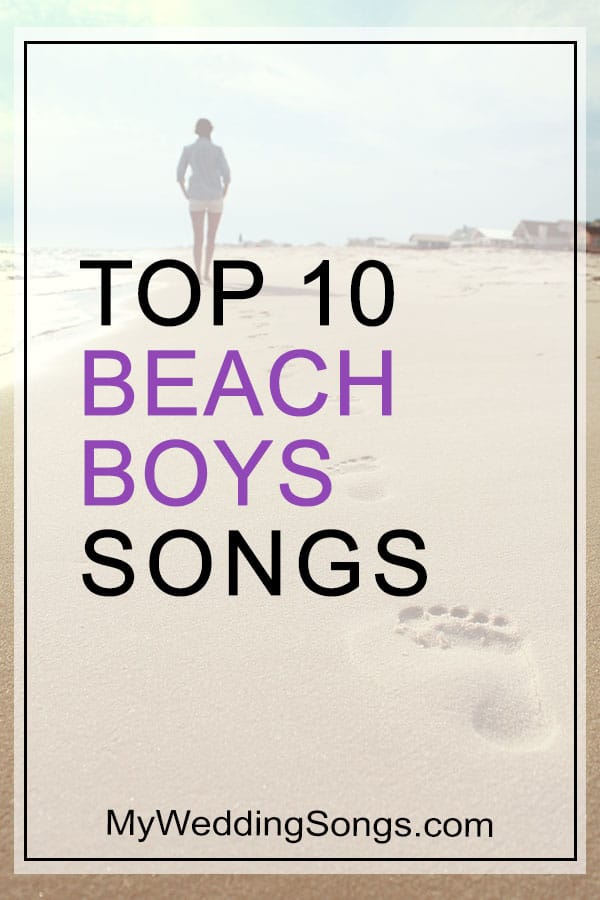 10. Barbara Ann
Released in 1965
On Album Beach Boys’ Party!
The song was also made popular by Jan & Dean. The Beach Boys version peaked at number two.

9. Little Saint Nick
Released in 1963
On Album The Beach Boys’ Christmas Album
The song is considered one of the most popular Christmas themed songs of all-time.

8. God Only Knows
Released in 1966
On Album Pet Sounds
The great debate about this song was to whether or not to have the word “God” in the song title. No one had really done it before since God Bless America.

7. Fun, Fun, Fun
Released in 1964
On Album Shut Down Volume 2
The story of the song is about a teenage girl taking her father’s car out for a ride.

6. I Get Around
Released in 1964
On Album All Summer Long
I Get Around was The Beach Boys’ first number-one hit song in the United States.

5. California Girls
Released in 1965
On Album Summer Days (And Summer Nights!!)
Did you know the song was written after Brian Wilson’s first experience with LSD?

4. Wouldn’t It Be Nice
Released in 1966
On Album Pet Sounds
The song describes what every child thinks while growing up.

3. Surfin’ U.S.A.
Released in 1963
On Album The Beach Boys
The song was the Beach Boys’ first big American hit and peaked at number three.

2. Kokomo
Released in 1988
On Album Cocktail Soundtrack and Still Cruisin’
The song tells a story of two lovers taking a trip to a relaxing island in the Florida Keys called Kokomo.

oh I want to take you down to
Kokomo, we’ll get there fast and then we’ll take it slow
That’s where we want to go, way down in Kokomo

1. Good Vibrations
Released in 1966
On Album Smiley Smile
The song generated from getting good vibrations aka good feelings about someone.

Close my eyes, she’s somehow closer now
Softly smile, I know she must be kind
When I look in her eyes
She goes with me to a blossom world

If you don’t agree with our list of Beach Boys Top 10 Songs, be sure to leave a comment below.